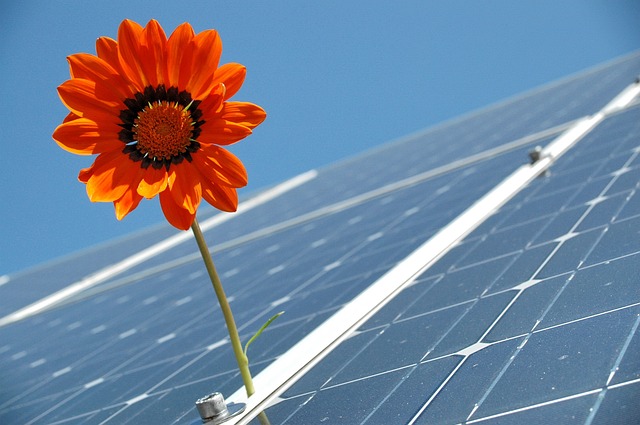 In the first few months of his administration, one of President Joe Biden’s top policy priorities has been addressing the threat of climate change — while also improving infrastructure and creating jobs to generate economic growth. Biden has stated a goal of reaching 100% pollution-free electricity by 2035, which means dramatically scaling up renewable energy production in the U.S. To that end, Biden’s proposed American Jobs Plan would include extensive tax credits, grants and other investments in clean energy.

One of the potential beneficiaries of this focus is the solar power industry, which is seeing rapid growth as the costs associated with solar decline. For many years, solar power was too expensive to be adopted at scale as a major source of energy production, but this has changed in recent years.

One of the biggest reasons for the decline in costs has been technological innovation. Solar technology has become more reliable and more efficient over time, which lowers the cost of generating energy. As those costs decrease, adoption becomes more common, which allows solar cell manufacturers to achieve economies of scale and lower prices even further.

Government support has also been a major factor: Billions in federal investment for renewables during the Great Recession helped spur the technological advances seen in the last decade, and the federal government — along with many states and localities — has long offered tax breaks and other incentives to subsidize household solar adoption.

These factors reached an inflection point in the mid-2000s, and solar production in the U.S. has been growing exponentially ever since. In 2006, solar generated around 507,000 megawatt-hours of energy and represented .01% of U.S. energy generated by the electric power industry. By 2019, solar thermal and photovoltaic accounted for 71,936,822 megawatt-hours — around 140 times more than in 2006 — to represent 1.74% of total.

Solar is still a relatively small part of the U.S.’s overall energy mix but will become an increasingly significant source as solar production continues to accelerate — particularly if the Biden administration’s climate policies and clean energy investments come to pass. For now, however, renewables overall (17.7% of total electricity generation) still lag behind natural gas (38.4%), coal (23.4%) and nuclear (19.6%). Within the renewable category, solar (9.9% of renewable production) trails wind (40.6%) and hydroelectric (39.5%).

Despite its small but growing role in overall U.S. energy production, solar is a major part of the energy mix in a number of states. The undisputed leader of these states is California, which leads all others both by total solar energy production and the share of electricity derived from solar. California’s total solar energy production is nearly four times that of the runner-up state, North Carolina. Many of the market factors that have made solar more popular nationwide hold in California, too, but the Golden State also has geographic features and a political climate that have made it a solar leader.

Missouri ranks in the middle of the lower end of the states at 31, with 99,782 megawatt-hours of annual solar energy production. Energy companies like Evergy hope to bump those numbers up in the coming years.

In May, it announced its plan to be carbon neutral by 2045. To do that, it plans to retire about 1,200 megawatts of fossil fuels and add 3,200 megawatts of renewable energy generation, including wind and solar power, over the next decade.

“Today’s net-zero carbon emissions goal announcement is a significant step forward for our customers, communities and shareholders,” said David Campbell, president and chief executive officer of Evergy. “We’re on a journey to a cleaner energy future, while balancing the highest priorities of reliability and affordability for our customers.”

In St. Joseph, companies like Solar Energy LLC have seen a boom in business after rolling blackouts occurred in early 2021.

“We were very busy last year, but I’ve got more jobs lined up in one month than I did almost a whole year last year,” consultant Mindy Marsh-Jarrett said.

In terms of geography, California is one of the U.S. states with the highest levels of insolation, or exposure to the sun. Insolation is a factor for many other leading states for solar production, including Sun Belt locations like Texas, southwestern states Nevada and Arizona, and southeastern states North Carolina, Georgia, and Florida. Politically, California’s policymakers have created an environment that all but guarantees heavy reliance on solar energy. For instance, California has one of the most ambitious renewable portfolio standards of any U.S. state, with a goal of generating 60% of energy from renewables by 2030 and 100% of energy from renewables by 2045. Additionally, in 2020, the state began requiring most new homes to include rooftop solar panels.