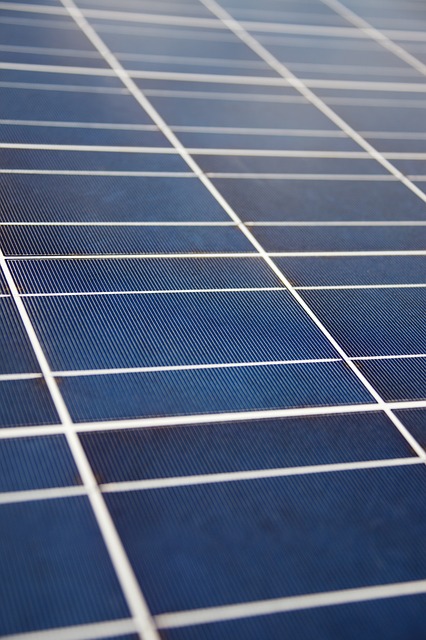 Sullivan Solar Power, one of the largest solar installation companies in the San Diego area, has locked its doors, and some of its customers are worried about what will happen to the sizable investments they’ve made on their rooftop solar systems.

Multiple phone calls to Sullivan Solar Power in recent days go directly to voicemail and the doors to the company’s office in Miramar were locked Tuesday morning. No employees appeared to be inside. A fleet of 17 yellow Sullivan Solar trucks sat in the company’s front parking lot and another 17 trucks were parked in the back.

Multiple messages left by the Union-Tribune to the company over the past two days have gone unreturned.

“They haven’t been around in two or three weeks,” a worker at a nearby business in the same office complex as Sullivan Solar said Tuesday morning.

According to the company’s website, which is still up, Sullivan Solar has been in business since 2004 and has installed more than 9,000 solar systems for homes and businesses in San Diego, Orange and Riverside counties. It touts a workforce of more than 150.

The company’s Twitter page was also still up as of Tuesday and the most recent tweet, boasting of a five-star Yelp review, was posted Oct. 15.

As first reported by ABC 10News, a slew of angry customers have since posted one-star Yelp reviews in recent days. ” My 2-year solar system is down and I can’t even get anyone to answer the phone,” one said and another posted, “now I’ve got to pull money out of my child’s college savings.”

A fleet of trucks in the parking lot of Sullivan Solar Power in Miramar on Tuesday. The doors to the company were locked and phone calls went to voicemail.

In Carmel Valley, Cromwell Cornillez-Ty had a $14,000 rooftop system installed about a month ago on his two-story house.

Bruce Pollock, who had the company install an 8.32-kilowatt rooftop system on his 2,300-square-foot home in Ramona about seven years ago, is worried about the status of his 20-year warranty.

“I’m concerned if my system breaks tomorrow that I will have to pay for it to get it repaired and I don’t even know where I’d go,” Pollock said. He’s also been waiting for months to get an upgrade so he can once again monitor his system’s solar production on a daily basis.

Kate Callen of North Park spent $17,000 to have Sullivan Solar Power install a rooftop system on her 1,500-square-foot home. Work was completed in August. “At the end, they were extremely anxious about getting that last check (for $3,000) and that was a red flag for me,” Callen said. “It was just really clear that they needed that check immediately.”

Bruce Pollinger, who spent $12,000 to have Sullivan install a rooftop system on his three-bedroom house in Oceanside earlier this year, said he was shocked to hear the news.

“One of the reasons I went with Sullivan is because they had such good reviews and one of my co-workers recommended Sullivan,” he said. “The salesman sold me on the fact they were in business for 16 years; they’re not going nowhere.”

Sullivan Solar Power was founded by Daniel Sullivan, who is also the company’s CEO. The company has maintained a high profile in the San Diego area, investing in print and broadcast advertising and issuing news releases over the years.

Sullivan himself has been a forceful advocate for solar and renewable energy, taking part in news conferences, supporting legislation in Sacramento and sometimes criticizing investor-owned utilities like San Diego Gas & Electric.

In a company news release promoting a solar education event in 2019, Sullivan said his company “has been fighting to move San Diego to 100 percent clean energy to show the world we do not need to depend on fossil fuels to power our homes, businesses and vehicles.”

Barry Cinnamon, CEO of Cinnamon Energy Systems in Silicon Valley, has been installing solar systems for residential, commercial and industrial customers in California for decades and said the solar and battery installation sector is “inherently a low-gross margin business.”

Cinnamon said he had no insight into what’s happened at Sullivan Solar Power but “it’s extremely common for companies to get bigger and bigger and then start selling based on low price and find out they get into a cash squeeze. Their whole business is oriented around bringing in the next new customer, cutting prices, low margins, lots of excitement and then it just crashes.”

In early 2018, Sullivan Solar installed a 336,520-watt solar system at Petco Park, billed as the largest of any stadium in Major League Baseball. Comprised of 716 high-efficiency, 470-watt solar modules, it is expected to produce more than 12 million kilowatt-hours over the course of 25 years.

“It makes all the other systems (in baseball) look a lot smaller so the Padres are going into the season in first place,” Sullivan said at a news conference at the time, flanked by Padres officials and then-Mayor Kevin Faulconer.

Sullivan Solar also has an office in Irvine. Phone calls to the Irvine location in recent days were also directed to the same voicemail message as the San Diego office.